We aspire to be a caring body of people, walking humbly with Jesus Christ through repentance, prayer, and unified worship. It is our desire to impact our community by the power of the Holy Spirit through meaningful, intentional Biblical Discipleship, and strategic use of God's resources.

Jeremy and Sabrina Lehman have been attending Pond Bank Community Church since 2005. Jeremy was licensed as associate pastor in 2010 and was ordained in 2011. He currently serves in the role of Senior Pastor. Jeremy and his wife Sabrina have five children and live in Fayetteville, Pennsylvania.

Jeff and Ruth Ebersole have been attending Pond Bank Community Church for many years. Jeff was a member of the leadership team for several years and has moved to the role of Administrative Pastor. Jeff and his wife Ruth have eight children and live in Chambersburg, Pennsylvania.

The mission work in Pond Bank was started in 1909 as a result of revival meetings at Marion Mennonite Church and a push for mission outreach among the youth. Harvey Shank, a young member at Marion, became involved in the mission when he took a teaching position at the White Rock School in Pond Bank.

In the same year, he led Joseph Metz, a Pond Bank resident, to the Lord. In 1910, Joseph Metz was baptized. This event sparked interest in establishing regular church meetings in Pond Bank. For several years, bi-monthly services were held in the White Rock School. In 1921, the Washington-Franklin Mennonite Mission board ordained Harvey to full time mission work in Pond Bank.

In 1941, the congregation was organized, and Andrew Lehman was ordained as the first deacon.

In 1919, the Mission Board purchased an old Presbyterian church building and dismantled it and moved it to Pond Bank. In 1920, with the youth from Marion providing the labor, the building was reassembled. It served as the church building for 82 years until the deterioration of the structure warranted replacement in 2002.

Living Faith Chapel was started in 1983 in the Shippensburg area.

Below is a poster showing the pastors that have served at Pond Bank Community Church. 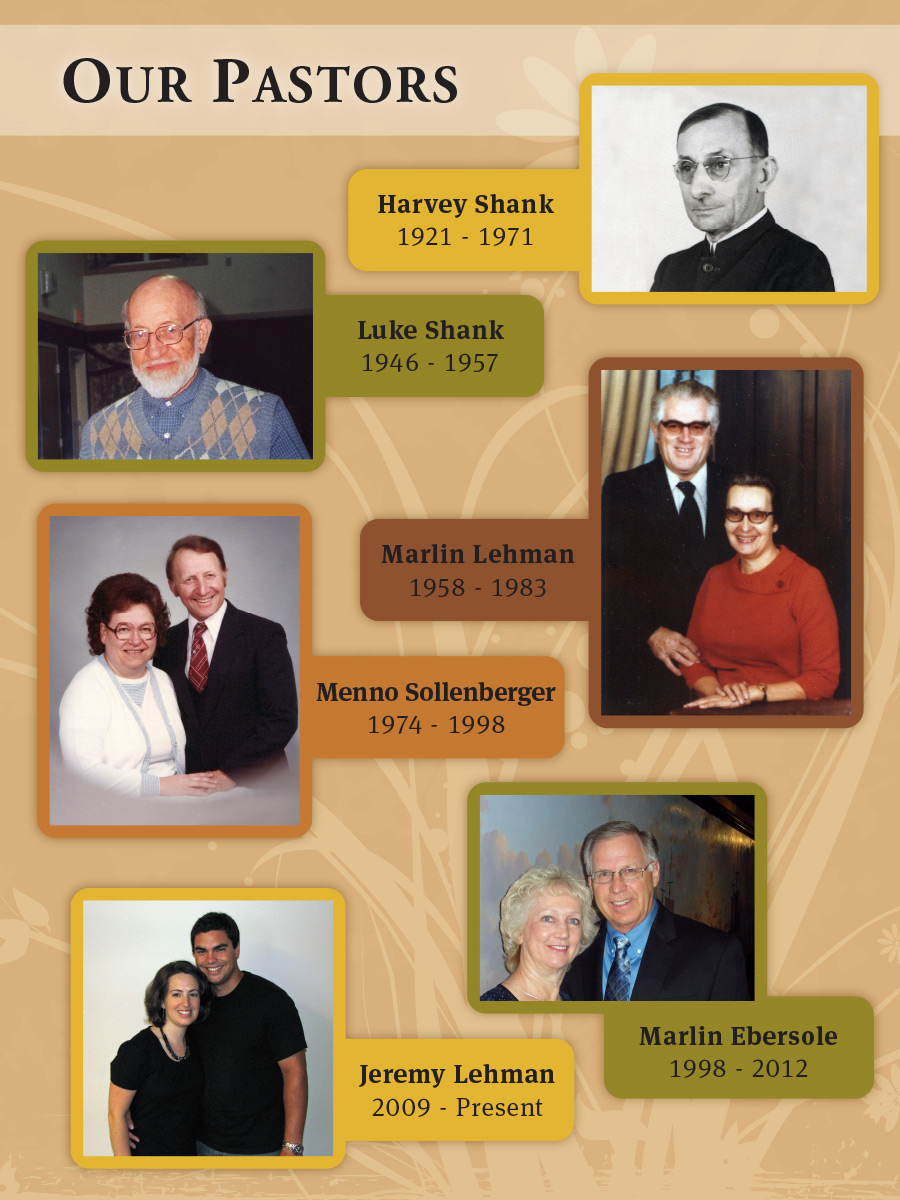